September 21, 2019
A superb late summer day on Gable - it's been quite a while since I last climbed on The Napes... 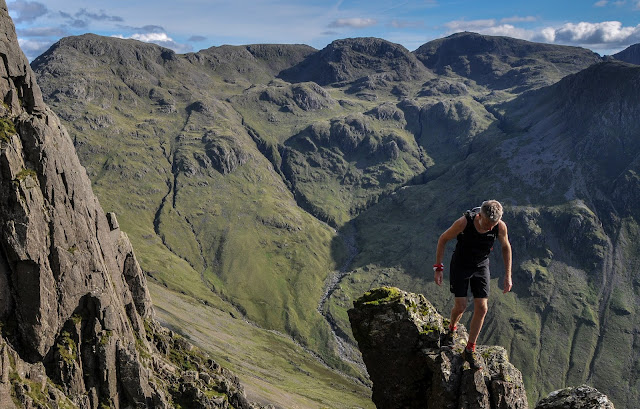 ...great to see the Needle and Eagles Nest Ridge up close again.
We ran in from Borrowdale, over Great End and down the nose (the Joss Naylor route)... 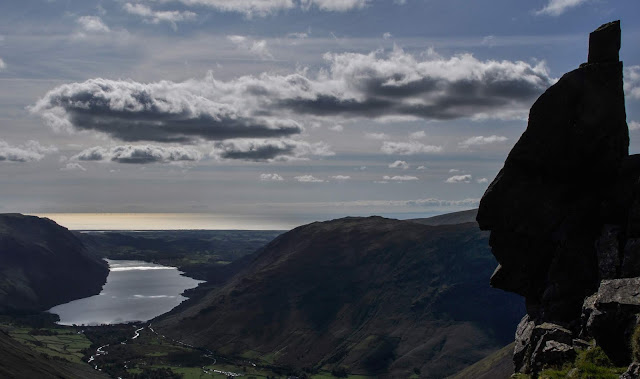 ...and then across on the climber's traverse to the Napes and Sphinx Rock... 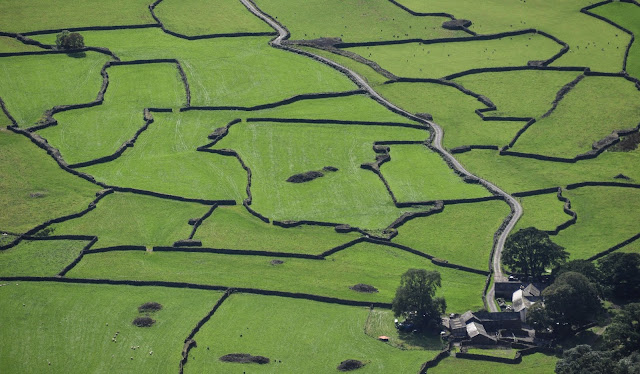 ...looking down on Wasdale Head... 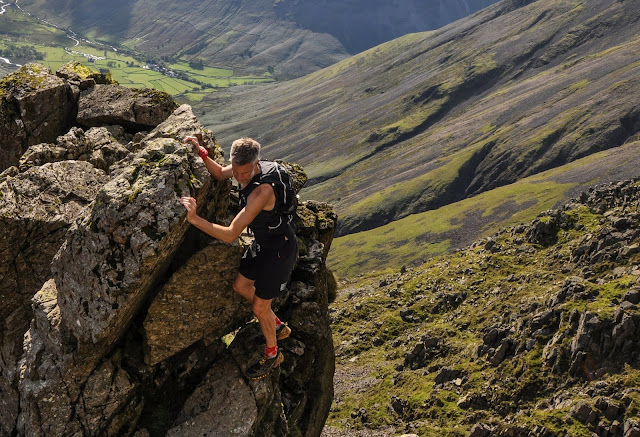 ...before going up Sphinx Ridge, a steady grade II scramble with a couple of exposed moves and finishing up the broken buttress above the Napes. 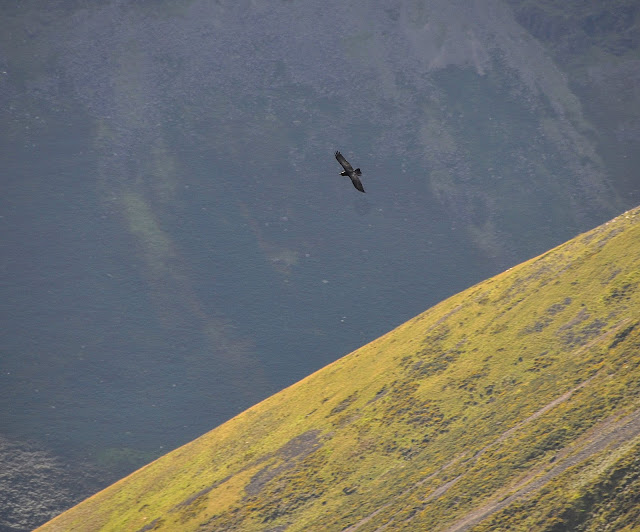 A solitary raven above the shoulder of Kirk Fell. 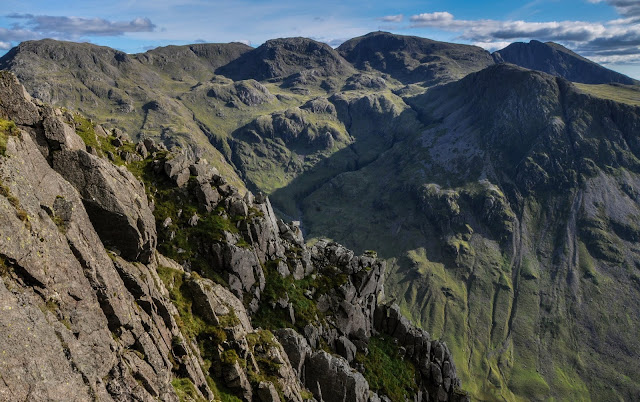 And an absolutely stunning day to be on the fells.

Colette Gaizely said…
Stunning photographs of a beautiful summer’s sojourn. Wondering if you have any winter wonderland outings to add here?...
31 January 2020 at 20:19 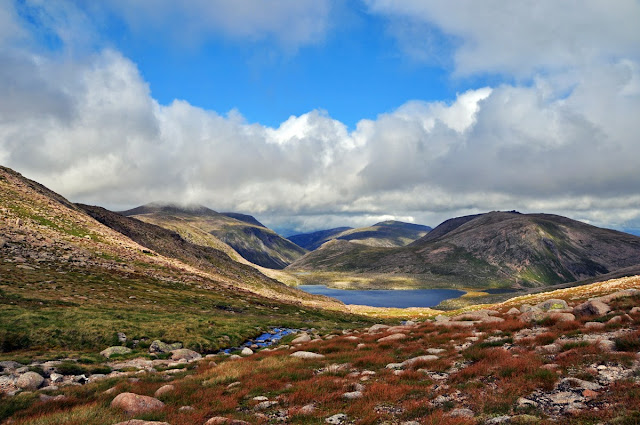 A route that I have been waiting to ride for some time, frustrated by high winds last autumn and deep snow that persisted well into summer, things finally came together for a fantastic day high in the Cairngorm. The 35km route starting from the Linn of Dee, to summit of Ben Macdui, 1309m, gives 936m of ascent and descent, but the relatively gentle gradient throughout - with a couple of exceptions, most notably the climb / carry from, and brilliant descent to, the Hutchinson Memorial Hut - means the vast majority is ride-able. A short stretch on fire roads soon gives way to the beautiful tracks beyond Derry Lodge - I rode on the west side of the river on the way up, and on the east on the way back which gives a fast flowing finale to the route. The view up Glen Derry, the steep flank of Derry Cairngorm to the left... ...and the start of the steeper section, though the track remains good and the angle easy enough until the hut is reached. I carried for just over 1km up the 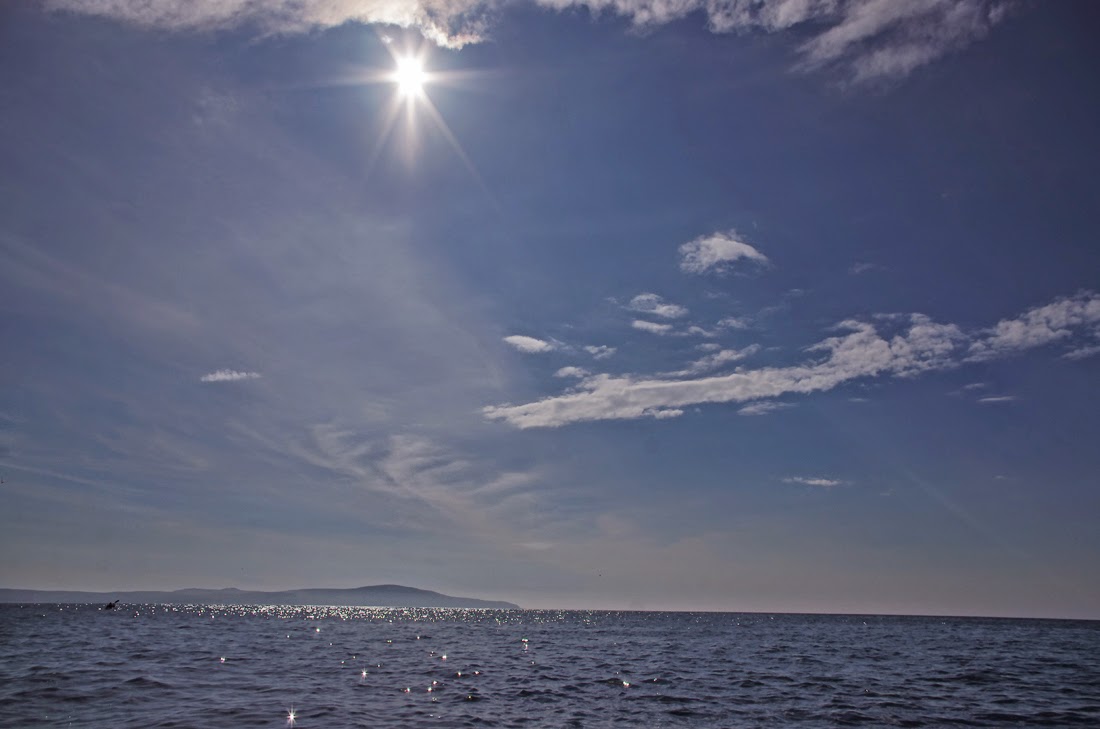 Blown away by Oldany Island

The calm conditions remained throughout the crossing from the Point of Stoer to the northern tip of Oldany Island and while we missed the orcas - puffins, manx shearwaters and fulmars all put in an appearance.  The crossing took a little less than an hour, with the wind shifting and freshening immediately we rounded Sgeir nana Gall. It would not be the last thing to blow up during our short stay. Landing beneath the old salmon bothy, in the the shelter of Cnoc a Mhoil Bhain. With white sands to either side of our pitch - at the opposite end of the beach from the bothy - it was an idyllic camp though we were not the only people there for the night. On a weekend's 'fishing' trip, were three locals - whom I'd spoken with our our arrival and who proved to be friendly and keen to share the craic. Later that evening I spent a while on the top of the small tidal islands overlooking the camp, watching as the evening light faded... ...curlews passing overhead...